Atomic absorption spectroscopy or spectroscopy is based on the principle of light absorption by free atoms. All atoms absorb light at their own wavelength (based on the atom’s energy requirement). In other words, each element at a particular wavelength absorbs light and absorbs no light at other wavelengths. For example, in a sample with several elements (suppose copper, lead, iron, and nickel), copper absorbs only light that has the characteristics of Cu Cu wavelength. In addition, the amount of light absorbed is directly proportional to the number of elements in the path of light. Atomic absorption apparatus is a laboratory equipment that has many applications in the analysis of elements, especially heavy metals.

Mathematically the amount of light I0 passes through an environment of length X and concentration C, the intensity of the light remaining I after passing through the environment is:

In this respect K will be the relative constant (absorption coefficient). Thus, the absorption of the medium, or A, is obtained.

This equation shows that the absorption of A in an environment is linearly dependent on the concentration of the light-absorbing atoms in the environment.

The samples must first be made into a clear homogenous solution for analysis by atomic absorption spectrometry.

A blanket or control solution should be provided. That is, zero solvent of the element being analyzed by atomic absorption.

A series of standard solutions should be prepared, containing specific but different concentrations of the elements to be analyzed. These standards are used to construct the calibration curve.

The amount of blank or control solution should be read by the atomic absorption device. This means zero absorption value for the concentration of nothing.

All standards must be read one by one with the Atomic Absorption Device.

For the Blank solution and other standards along with their absorbance values, a calibration curve sample must be drawn. 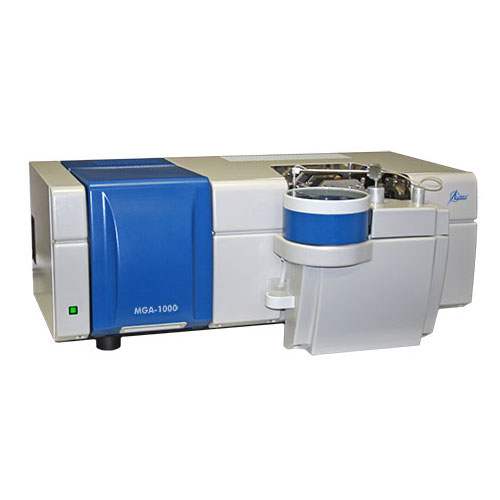